Scott Brooksby is an Oregon personal injury defense and commercial litigation attorney. For over two decades, Scott has devoted himself to various forms of complex litigation in the defense of businesses, manufacturers, distributors, and organizations.  Scott is an experienced jury trial lawyer who has tried cases throughout the state of Oregon.

In cases that do not necessitate a trial, Scott is a skilled negotiator who has resolved hundreds of cases through arbitration and mediation. He has successfully argued many motions that resulted in the dismissal of claims, or outright dismissal of his client.

To help his clients avoid litigation, Scott provides on-call assistance and counseling for the prevention of litigation.

Scott is one of the leading product liability lawyers in Oregon. His experience includes cases involving hundreds of different kinds of products. He has defended and counseled product manufacturers and distributors in a variety of industries, including: aviation, drugs and medical devices, toys and recreational products, paints and solvents, power tools, heavy equipment and machinery, retail, food, consumer products, and automobiles.  Before opening his own firm, Scott served as the former co-chair of a large West Coast law firm's product liability practice group.

Scott also has extensive experience with product regulation issues involving the CPSC and the NTSB.

As one of the few lawyers in Oregon with significant aviation litigation experience, Scott has litigated helicopter and plane crash cases, as well as aviation component part product liability claims. Scott was co-counsel on a team that defended a large aviation product manufacturer in a months-long trial.

Scott has experience with many product liability cases, including: 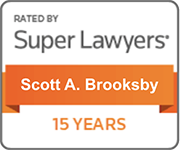 PLEASE NOTE THAT UNSOLICITED INFORMATION OR MATERIALS SENT TO THE FIRM OR LEFT ON VOICEMAIL WILL NOT BE GUARANTEED CONFIDENTIALITY, AND THAT ACCESS TO OR USE OF THE SITE OR ATTORNEYS' VOICEMAIL DOES NOT CREATE A LAWYER-CLIENT RELATIONSHIP.